There are thousands of different languages and dialects around the world, yet the world’s speech is increasingly homogenized. The 15 most common languages are now on the lips of half the world’s people, the top 100 languages are used by 90 percent of humanity. But there is only one language that can be understood by the entire human kind. Let me introduce you to the powerful body language. 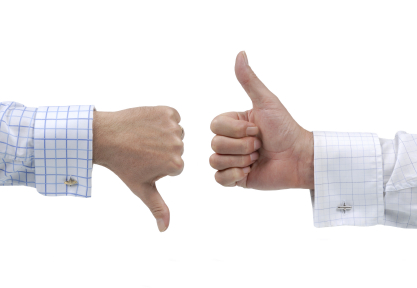 All across the planet in every country and in every tribe, there are seven universal body language expressions. The seven expressions are Happiness, Sadness, Boredom, Fear, Anger, Surprise and Disgust. During part of my cross-cultural travels, I have seen each of these non verbal expressions true and consistent. Also, when I expressed these body language signs, I have been understood in cultures that did not know my primary language. My body language spoke loud and clear what I was feeling, experiencing or thinking.

The concept of universal body language is easy to understand when you look at the practical non verbal definitions of each of the seven expressions. When someone is happy, they smile, their eyes widen, and they are non-threatening. Laughing or chuckling can be evident. Positive physical touches are made by the person that is happy. Though in some cases I did not understand or hear what was being said of me, I could see that people were happy to see me by these happy universal body language expressions.

The same is true with sadness of course. Eyes can become wet and teary, there are no happy signals, and the face can look defeated or devastated. When it was time to leave a village after working on acts of kindness, such as fixing homes, etc., I could see that people had sullen sad body language. They could see my similar expression too as I tried to mirror what they felt, though I was happy internally to be returning home.

Boredom can be easily identified. Often, I was responsible for mentoring and teaching my team on certain skills. I could tell when nationals and team members where past the point of receiving by the universal body language of Boredom. When someone is bored, they begin looking at their watches, tapping their fingers of moving their legs. Yawning may take place or a look of distraction settles on the face. You can also tell when someone is distracted due to boredom when they focus or look at other things instead of the speaker.

The universal body language of fear is evident when someone cowers at the object of their fear. They sometimes put their hands up to their face to avoid seeing what it is that makes them afraid. Sometimes, they will also attempt to signal to others to do what they do, and hide or run.

Anger is a universal body language that expresses itself with symptoms like a red face, clinched fists, eyes fixed at the object one is mad at, etc. The body is often times in what could be called a, Ready Position. Meaning, the body is posed for a next step. An example of this is if someone is sitting in a chair and is leaning forward with their legs ready to lift their body at any second.

Surprise and disgust are almost similar. In both body language expressions, the mouth and eyes can open wide. But, when someone is surprised, it is like a deer caught in the headlights of a car. When someone is disgusted, the body and face reject what their experiencing, be it food or an intangible occurrence.