Sun Tzu’s seminal work “The Art of War” has been referenced for millennia not only by historians or military tacticians bot also world leaders. With such timeless advice Sun Tzu’s principles of warfare can be also applied to our modern goals for productivity!

– By means of these seven considerations I can forecast victory or defeat.

– While heading the profit of my counsel, avail yourself also of any helpful circumstances over and beyond the ordinary rules.

– According as circumstances are favorable, one should modify one’s plans.

– All warfare is based on deception.

– Hold out baits to entice the enemy. Feign disorder, and crush him.

– If he is secure at all points, be prepared for him. If he is in superior strength, evade him.

– If your opponent is of choleric temper, seek to irritate him. Pretend to be weak, that he may grow arrogant.

– If he is taking his ease, give him no rest. If his forces are united, separate them.

– Attack him where he is unprepared, appear where you are not expected.

– These military devices, leading to victory, must not be divulged beforehand.

– When you engage in actual fighting, if victory is long in coming, then men’s weapons will grow dull and their ardor will be damped. If you lay siege to a town, you will exhaust your strength.

– Thus, though we have heard of stupid haste in war, cleverness has never been seen associated with long delays.

There is no instance of a country having benefited from prolonged warfare.

– It is only one who is thoroughly acquainted with the evils of war that can thoroughly understand the profitable way of carrying it on.

– The skillful soldier does not raise a second levy, neither are his supply-wagons loaded more than twice.

– Bring war material with you from home, but forage on the enemy. Thus the army will have food enough for its needs.

– Now in order to kill the enemy, our men must be roused to anger; that there may be advantage from defeating the enemy, they must have their rewards.

– This is called, using the conquered foe to augment one’s own strength.

– In war, then, let your great object be victory, not lengthy campaigns.

– Thus it may be known that the leader of armies is the arbiter of the people’s fate, the man on whom it depends whether the nation shall be in peace or in peril.

– The general, unable to control his irritation, will launch his men to the assault like swarming ants, with the result that one-third of his men are slain, while the town still remains untaken. Such are the disastrous effects of a siege.

– Therefore the skillful leader subdues the enemy’s troops without any fighting; he captures their cities without laying siege to them; he overthrows their kingdom without lengthy operations in the field.

– With his forces intact he will dispute the mastery of the Empire, and thus, without losing a man, his triumph will be complete. This is the method of attacking by stratagem.

– It is the rule in war, if our forces are ten to the enemy’s one, to surround him; if five to one, to attack him; if twice as numerous, to divide our army into two.

– If equally matched, we can offer battle; if slightly inferior in numbers, we can avoid the enemy; if quite unequal in every way, we can flee from him.

– Hence, though an obstinate fight may be made by a small force, in the end it must be captured by the larger force.

– To secure ourselves against defeat lies in our own hands, but the opportunity of defeating the enemy is provided by the enemy himself.

– Thus the good fighter is able to secure himself against defeat, but cannot make certain of defeating the enemy.

– Hence the saying: One may know how to conquer without being able to do it.

– Standing on the defensive indicates insufficient strength; attacking, a superabundance of strength.

– The general who is skilled in defense hides in the most secret recesses of the earth; he who is skilled in attack flashes forth from the topmost heights of heaven. Thus on the one hand we have ability to protect ourselves; on the other, a victory that is complete.

– To see victory only when it is within the ken of the common herd is not the acme of excellence.

– Fighting with a large army under your command is nowise different from fighting with a small one: it is merely a question of instituting signs and signals.

– To ensure that your whole host may withstand the brunt of the enemy’s attack and remain unshaken– this is effected by maneuvers direct and indirect.

– That the impact of your army may be like a grindstone dashed against an egg–this is effected by the science of weak points and strong.

– In all fighting, the direct method may be used for joining battle, but indirect methods will be needed in order to secure victory.

– Indirect tactics, efficiently applied, are inexhaustible as Heaven and Earth, unending as the flow of rivers and streams; like the sun and moon, they end but to begin anew; like the four seasons, they pass away to return once more.

– There are not more than five musical notes, yet the combinations of these five give rise to more melodies than can ever be heard.

– In battle, there are not more than two methods of attack–the direct and the indirect; yet these two in combination give rise to an endless series of maneuvers.

– The direct and the indirect lead on to each other in turn. It is like moving in a circle–you never come to an end. Who can exhaust the possibilities of their combination?

– The onset of troops is like the rush of a torrent which will even roll stones along in its course.

– The quality of decision is like the well-timed swoop of a falcon which enables it to strike and destroy its victim.

– Therefore the good fighter will be terrible in his onset, and prompt in his decision.

– Energy may be likened to the bending of a crossbow; decision, to the releasing of a trigger.

– By holding out advantages to him, he can cause the enemy to approach of his own accord; or, by inflicting damage, he can make it impossible for the enemy to draw near.

– If the enemy is taking his ease, he can harass him; if well supplied with food, he can starve him out; if quietly encamped, he can force him to move.

– Appear at points which the enemy must hasten to defend; march swiftly to places where you are not expected.

– An army may march great distances without distress, if it marches through country where the enemy is not.

– You can be sure of succeeding in your attacks if you only attack places which are undefended.You can ensure the safety of your defense if you only hold positions that cannot be attacked.

– All men can see the tactics whereby I conquer, but what none can see is the strategy out of which victory is evolved.

– Do not repeat the tactics which have gained you one victory, but let your methods be regulated by the infinite variety of circumstances.

– So in war, the way is to avoid what is strong and to strike at what is weak.

– Water shapes its course according to the nature of the ground over which it flows; the soldier works out his victory in relation to the foe whom he is facing.

– Therefore, just as water retains no constant shape, so in warfare there are no constant conditions. 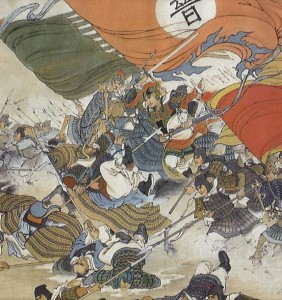