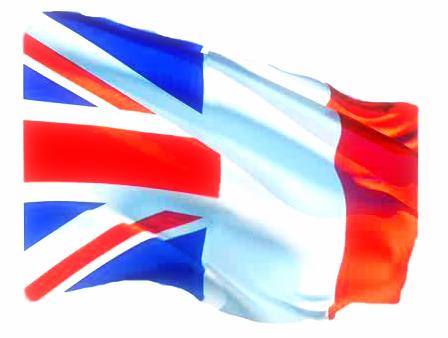 The best illustration of this rivalry is sport and more particularly rugby union. Both countries compete in the Six Nations Championship and the Rugby World Cup. England have the edge in both tournaments having the most outright wins in the Six Nations, and most recently knocking the French sides out of the 2003 and 2007 World Cups at the semifinal stage. However, France did knock England out of the rugby World Cup in 2011 in the quarter final match. Nonetheless, even if I have been living in France for most of my life I stay British, the sport was invented by us and the English rose does prick the French cockerel very often. Another sporting example would be the 2012 Summer Olympics in London. Many people blamed the then French President for contributing to Paris’ loss to London in its bid for the recent Olympics after he made derogatory remarks about the British.

The battle near the Belgian village of Waterloo

Another aspect of this rivalry is the fact that many historians, amongst others, consider that the Napoleonic War from 1803 to 1815 represented the clash of French global power at its height with the British Empire. It was also a time when mutual French and British loathing was at its most visceral. The victory put an end to any French plan to invade Britain and established British naval domination for a century. But it was not until a decade later after the battle near the Belgian village of Waterloo that Napoleon’s expansionist project finally foundered. The victory has been immortalized ever since in the popular imagination as the definitive British triumph over France. Obviously having attended French History lessons since the age of 6 years-old, this war was only very briefly mentioned and I wasn’t taught about the triumphing victory of the English.

Despite this rivalry, the most common second language taught in schools in Britain is French, and the most commonly taught second language in France is English. There are over 300,000 French-born people in the UK and 400,000 British citizens in France. Pretty good for two nations which say they hate each other don’t you think? Both languages have influenced each other throughout the years. Almost 20% of all English words have a French origin, and today many French expressions have entered the English language as well. It is very “chic” to casually use the words rendez-vous or bon appétit. Also, the term Franglais, a portmanteau combining the French words “français” and “anglais”, has been recently coined to refer to the combination of French and English. The Academie Française has spent much of the past years fighting what it considers the most insidious threat to French culture – the English language. The Academie, legal guardian of the French language, has the power to expunge “les anglicismes” from official documents and publicize Gallic alternatives. Even though these expressions are erased from these official documents, in every day talk they are still very much present. French commonly use words such as weekend, T-shirt, surbooké, cool, leader, news or check.

All in all this rivalry is just part of some game that has been going for centuries. The two countries have been allies in many cases and cooperated very well. They just won’t admit they love each other really. Let’s not forget that the English Royal family, very precious to the British, does have French ancestors …