Last month The People’s Daily, a Chinese Newspaper, published an article from a US website stating that North Korean dictator Kim Jong Un had been named “the Sexiest Man Alive for 2012”. In celebration they even included a series of photos of the young dictator – referred to as a ‘Pyongyang-bred heartthrob’ – in a variety of ‘sexy’ poses. The paper clearly didn’t realise that their original source, The Onion, is actually a satirical website that publishes parodies of current events. 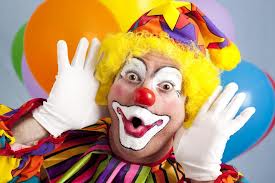 Previous recipients of the award included Syrian president Bashar al-Assad and the Unabomber, Ted Kaczynski. When the spoof article was published, people were left wondering; how could The People’s Daily not realise it was a joke?

This is a classic example of humour being lost in translation, and the Chinese are not the only ones to have fallen victim to The Onion’s clever political satire; Fars, Iran’s semi-official News Agency, reprinted another Onion article entitled “Gallup Poll: Rural Whites Prefer Ahmadinejad to Obama”. The writer of the fictitious article claims that the majority of Americans would rather vote for Ahmadinejad than Obama because the Iranian president “takes national defence seriously”.

Translation is a tricky art at the best of times, and translating humour is always a difficult task due in particular to the presence of specific cultural references which are not always translatable. This kind of cultural miscommunication is especially obvious when it comes to British perceptions of German humour; for many Brits, a German joke is not a laughing matter.

English comedian Stewart Lee has written about the view that Germans have no sense of humour, a common belief among Brits. The fact that British jokes do not translate well into German is purely a linguistic issue, he claims.

The fact that Germany has no culture of stand-up comedy demonstrates how the German language works, Lee explains. The German language does not cater to the English tradition of setting the audience up for an expected scenario and then reversing the assumption with an unexpected punch line right at the end. The less flexible grammatical structure of German makes it more difficult to delay the important part of the joke until the end to achieve the desired effect.

In addition, German lacks the double and even triple meanings of English innuendo-based comedy. The flexibility of the English language allows us to base entire jokes around amusing confusions of meanings.

The differences between English and German humour are a good example of how linguistic features and cultural references can lead to misunderstandings – or utter incomprehension – of humour across countries. Considering the linguistic and cultural differences between German and British humour, it should now be easier to imagine how English-language jokes could be misinterpreted by Chinese readers.

Some jokes translate better than others, and The People’s Daily’s mistake shows that the embarrassment of others is universally amusing – the paper swiftly removed the article when they discovered the error, but by that time the gaffe had become international news. It appears that some forms of humour do have the ability to transcend cultural and linguistic boundaries!

1 Stewart Lee on the German sense of humour: Guardian

Articlewas summarised by by Rachel Robertson.