Some words that originated in the spontaneous and unorthodox social media have been finally accepted by the Oxford English Dictionary (OED), which is by far the most formal dictionary of the English language.

Text by Alessia Leathers for The News Press.

So, slangy words like LOL and OMG are now enjoying the same privileges as businesslike initials that were accepted a long time ago, like FYI and ASAP. That is what I call a linguistic democracy.

Under the form cyber, the dictionary even listed “cyberfriend,” “cyberlover” and “cybersnob.” All these sorts of sidereal words explain the acceptance of another word also quite alien like “abhuman,” which means partially human. Then, next to “adultlike,” there is this other intriguing word “adulticide,” which I wrongly assumed as related to the killing of adults, by that I mean humans, but the dictionary defines it as “an agent used to kill the adult forms of a pest or parasite.”

This year’s linguistic openness has apparently brought 400 new words into the OED. As its chief editor John Simpson proudly announces, there are over 102,000 new and revised entries “and counting” since March 2000.

More spicy words like “sexting” and “mankini” have also been recently added to the Concise Oxford English Dictionary. However, I could not find them when I searched the online version of the OED.

What I did find is the addition of more Spanish words.

So, along with words already widely accepted in the English language, such as bonanza, corral, mucho, patio, sombrero, and torero (which my computer does not underline as I write them), new words have been added, like “abundante cautela” (extreme caution), “abuela” (grandmother) and “abuelo” (grandfather).

Curiously, two more words have been included only in their female form, such as “abuelita” (dear grandmother) and “gordita” (little fat woman).

Believe it or not, “gordita” is an affectionate nickname quite common in Latin American countries. Why? Well, food is not a stigma when hunger remains a social issue.

Among the 400 new entries, we also can find old words with new meanings. That is the case of “bruising,” “charger,” “speculate” and “warrant.”

I wonder when “occupy” will join this list of new senses. Without a doubt, this verb has lost all naivety after Occupy Wall Street and its different variations appeared this year in the urban American landscape.

By the way, there is a rural version of this movement in my own country. As I am writing this column, thousands of farmers in northern Peru are occupying a series of lakes in the Andes, at more than 12,000 feet above sea level, to defend their rights to water against a mining project.

While claims and chants might come and go, some new words and meanings are here to stay. 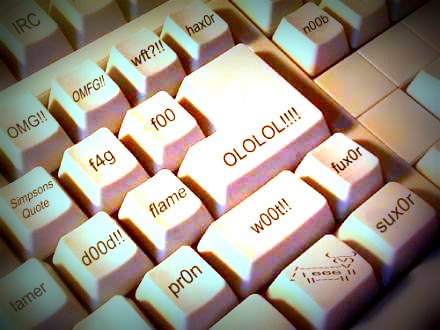 REMEMBER: Do not use slang words in translation of your official documents and if you want to use it on Facebook or Twitter – think twice. Poorly translated marketing materials can jeopardise your marketing strategy.  Assign your text to a creative-minded translator with an excellent feel for the culture and consumer behaviour. Find more on professinal marketing translation here: PR and marketing translation solutions.