“A dead language is one that is no longer learned as a native language. This definition may be the reason the Latin language is considered dead, however, it is very much alive in our culture today. If you’ve ever read the scientific name of an animal, you’ve read Latin. If you’ve had a medication with the abbreviations P.O., A.C., or N.P.O. on the bottle, you’ve encountered Latin.Ever watched Harry Potter? J.K. Rowling was an intrigued Latin fan, and you probably couldn’t go 10 minutes into one of the movies without hearing a muttered spell in Latin. But if you’ve never seen Latin in science, medicine, or watched a single Harry Potter movie (which should be considered illegal in all 50 states), then you have definitely seen Latin in the English language.Fifty percent of English words are derived from Latin, common Latin roots such as co — together, inter — between, and tract — to pull. Take a word, like reverse, and if you know the Latin roots you can make a good guess as to what it should mean. Re is the Latin root for “again”, and vert is to turn. So the literal translation of reverse is “to turn again.”An even larger percent of Latin makes up English words that are three or more syllables long. Take submarine, for example. Sub is Latin for “under,” and marine means “of or pertaining to the sea.” Therefore, submarine would mean under the sea. Also, take the roots like trans (across) and miss (to send), and you get transmission — the process of sending across.There are so many more words out there, less common ones, that are possible to decipher if you are familiar with even a few of the Latin roots. Latin is especially helpful to high school students, because it could significantly raise your chances on doing well on the SAT. Most words used in the SAT reading section can be derived from Latin. Fun fact about Professor Lupen: lupus means wolf in latin. Harry Potter fans should get that reference. Latin may technically be a dead language, but in the English language it lives on.”

English is  only one of many languages which derive from Latin. In this group there are also all languages which were created on the basis of Latin between the sixth and ninth centuries, among them there are e.g. (“e.g.” being, by the way, a Latin abbreviation and stands for “exempli gratia”) Spanish, French, Italian and other Romance languages (Using “etc”, Latin “et cetera” would be appropriate here, but let us not be too officious.).

In fact, because of the same origin, some words are quite similar to one another in different languages. Mentioned already in the article “wolf” derives from Latin “lupus” which is “loup” in French, “lobo” in Spanish and “lupo” in Italian.

Having the same language basis with another language may simplify the process of learning all languages from the group. Maybe becoming a polyglot is not as hard to accomplish as one might think. 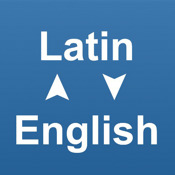