A Chinese edition of James Joyce’s “Finnegans Wake” has sold out in China, with a second edition being printed to meet the demand. The Chinese version is no easier to read than the original, the loyal-minded translator assures, but James Joyce’s Finnegans Wake has still sold out its initial run in China – with the help of some big urban billboards.

Joyce’s final work, Finnegans Wake is known for its complex use of language and it took 17-years to complete. The famous novel took eight years to translate into Chinese and an initial run of 8,000 copies sold out in just over one month, since its release on December 25. The BBC reports the book was promoted on billboards in Shanghai and Beijing.

The book’s translator Dai Congrong told a literary forum that she tried to ensure the Chinese translation was as complex as the original. “I would not be faithful to the original intent of the novel if my translation made it easy to comprehend“, said Congrong, who is a professor at Shanghai’s Fudan University.

Dai Congrong, who spent eight years translating it, told the same forum that she didn’t fully grasp the novel but that it was supposed to be difficult, and that she kept the Chinese version that way. “At first I felt very surprised, and I feel very surprised now still” says Congrong. “I thought my readers would be scholars and writers, and it wouldn’t be so popular“. 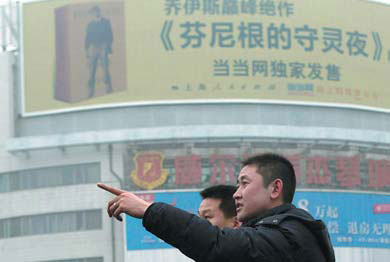 The demand for translations of foreign-language novels exploded during the opening-up period in the 1980s and 1990s when China was eager for new thought. Joyce’s Ulysses was warmly received when it was first translated in the mid-1990s. The Shanghai News and Publishing Bureau reported the novels sales were second behind a biography of Deng Xiaoping, a politician and reformist leader of the Communist Party, in the “good books” category.