Who hasn’t been to another country and found themselves in an awkward situation wishing they were bilingual? It seems so easy for some people to speak two languages perfectly and just switch from one to another.  Bilingualism only seems to have assets especially when it comes to finding a job or travelling. 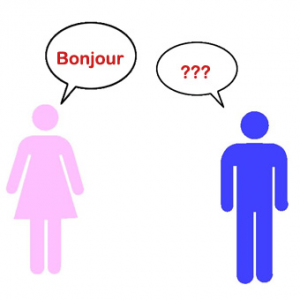 However being bilingual can be difficult sometimes

For instance, there are often words in one language that don’t exist in another with subtleties that you wouldn’t have. In my experience of a French and English speaker, it can drive me mad trying to find the word that fits the feeling I want to express in the language I am not speaking. And what if that feeling didn’t exist in the given language? It is true that languages are very closely linked with cultures. The French like to speak a lot and there are many words to define similar things whereas the English language mostly goes straight to the point.

Sometimes words just aren’t translatable into any other language

Try putting a text in English into any translator, it will most probably be twice the size in French. Therefore some words exist in a language and not in another due to differences between each nationality’s history and current situation. Sometimes words just aren’t translatable into any other language. Let’s take “Tartle” in Scottish which is the act of hesitating while introducing someone because you’ve forgotten their name. Or even “dépaysement” in French which is the feeling that comes from not being in one’s home country. Maybe a reflection of scars left from the war that has brought the French to like to be close to home. These words and expressions amongst others are, as far I know, untranslatable even when having a perfect knowledge of every language.

One has to therefore adapt depending on the language spoken

“Code-switching” is a term commonly used, every bilingual person does it, it’s not because they’re not completely fluent in both languages, but because sometimes a word sounds better in the other language.

Due to these cultural differences, according to the languages spoken, one’s character can change. People are often more confident whilst speaking one language rather than another. For example, English humor can be considered different from any other cultures’. It is a very difficult thing to translate. So one isn’t going to have the same humor in French or Spanish as one would do in English.  All in all, languages are very strong weapons that don’t only define the format in which one talks but also the content. Being bilingual isn’t just knowing words but also knowing how to use them depending on the subtleties of different cultures.